Caltech's reputation is built, in part, on 125 years of scientific and engineering breakthroughs in the lab, some of which have led to important products that we use every day. However, helping those discoveries and innovations reach the marketplace in the first place can prove challenging.

To inspire the next generation of Caltech innovators, Caltech held Innovation Week 2016 from November 28 through December 2, inviting a dozen alumni entrepreneurs and investors to share their experiences.

"Caltech has a long history of innovation in science and engineering. However, when it comes to proactively working on taking these ideas to market in the form of new products and services, Caltech got a late start," said Fred Farina (MS '92), Caltech's chief innovation and corporate partnerships officer, on Innovation Week's opening night. "Nonetheless, we caught up very quickly to our peers, and now we have a very dynamic commercialization program here on campus."

Despite its smaller size, Caltech is granted twice as many patents per researcher as MIT, and three times as many as Stanford. Two notable successes include the automated DNA sequencer that enabled the completion of the Human Genome Project, and the CMOS (complementary metal-oxide semiconductor) image sensor—which was the tiny chip that underpins current digital photography—developed at JPL. In the last 22 years, technology created by Caltech researchers has formed the basis of 238 new companies.

"We want to continue to create an environment here on campus that encourages and fosters innovation and the transfer of ideas from labs to the commercial sector, and this Innovation Week is one of the many steps we're taking to foster this environment," Farina said at the event. "My hope is that during this Innovation Week you, the students who are here, will learn about how to take an early stage idea into the commercial sector, but also see the number of paths that a Caltech degree can take you on—and there are many."

Farina introduced former astronaut Garrett Reisman (MS '92, PhD '97), who delivered the keynote address. After graduation, Reisman joined NASA and logged a total of three months in space on two separate mission. He then shifted gears and transferred to the public sector, where he currently serves as SpaceX's director of crew operations.

Reisman described the culture of SpaceX as one unfettered by conventional thinking and bureaucracy, allowing it to be nimble and creative. A key component of that, Reisman said, is that SpaceX hires young engineers—like the ones in the audience at Innovation Week—who are not afraid to try new ways of solving problems.

"The whole lifeblood of the place is innovation and disruption. If you've been doing it one way for a long period of time, there's got to be a way of doing it better—you just haven't thought of it yet," Reisman said. "The status quo has got to be the enemy. If it's not—if the status quo is a nice comfortable friend—then you're not going to have an innovative culture in your organization."

Innovation Week was sponsored by the Caltech Office of Technology Transfer and Corporate Partnerships and The Ronald and Maxine Linde Institute of Economic and Management Sciences. 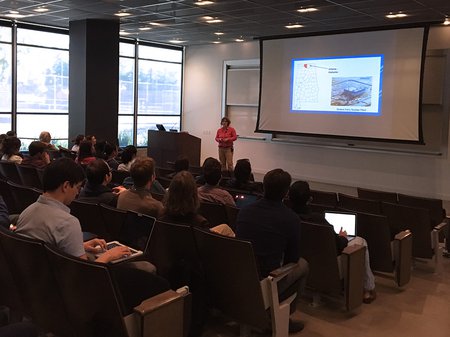 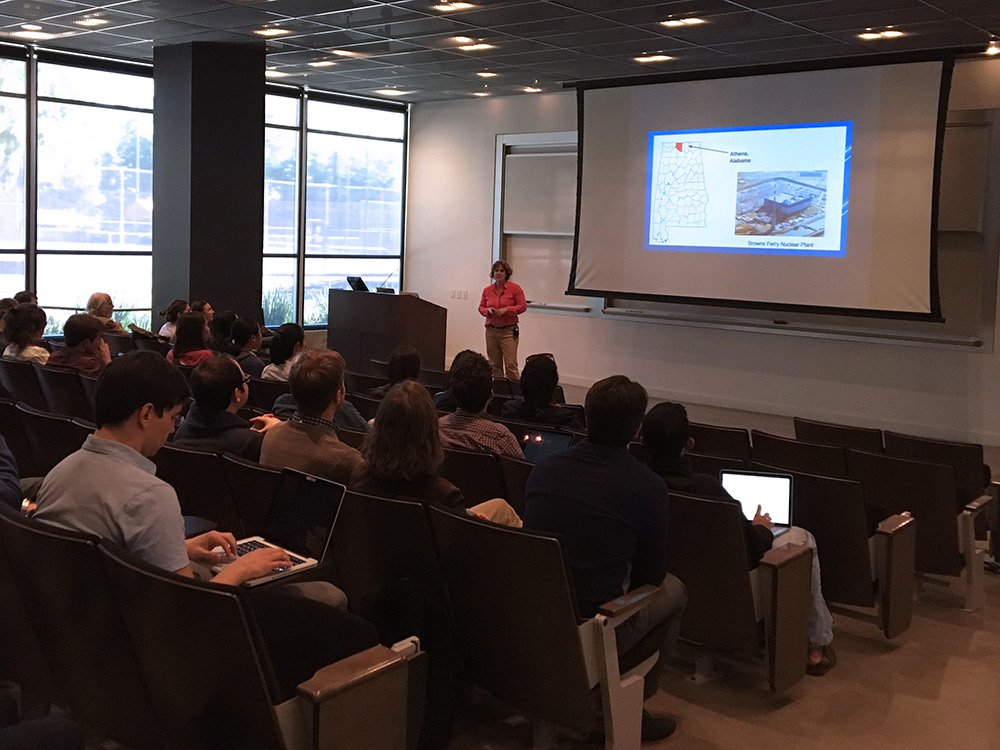